KFUEIT's two professors were named among the top 2% scientists in the world by Stanford.

Two professors of the Khwaja Fareed University of Engineering and Information Technology have been included in an updated list of the top 2% researchers in the world. This list was issued by a team of scientists from Stanford University, USA, led by Prof John Loannidis. These KFUEIT researchers have been selected on the basis of their research papers, citations, h-index and collaboration in research.

The Khwaja Fareed University professors included in the top global researchers are Dr Muhammad Bilal Tahir (Physics) and Dr Muhammad Khalid (Chemistry). KFUEIT Vice Chancellor Prof Dr Suleman Tahir has congratulated the professors for achieving this prestigious rank and appreciated their efforts for boosting the ranking of the university. He mentioned that the present administration has taken several initiatives for improvement of the University's subject-wise and overall ranking among universities. He said that the KFUEIT administration would provide full support to the faculty members and researchers who are contributing positively to the socio-economic development of Pakistan. 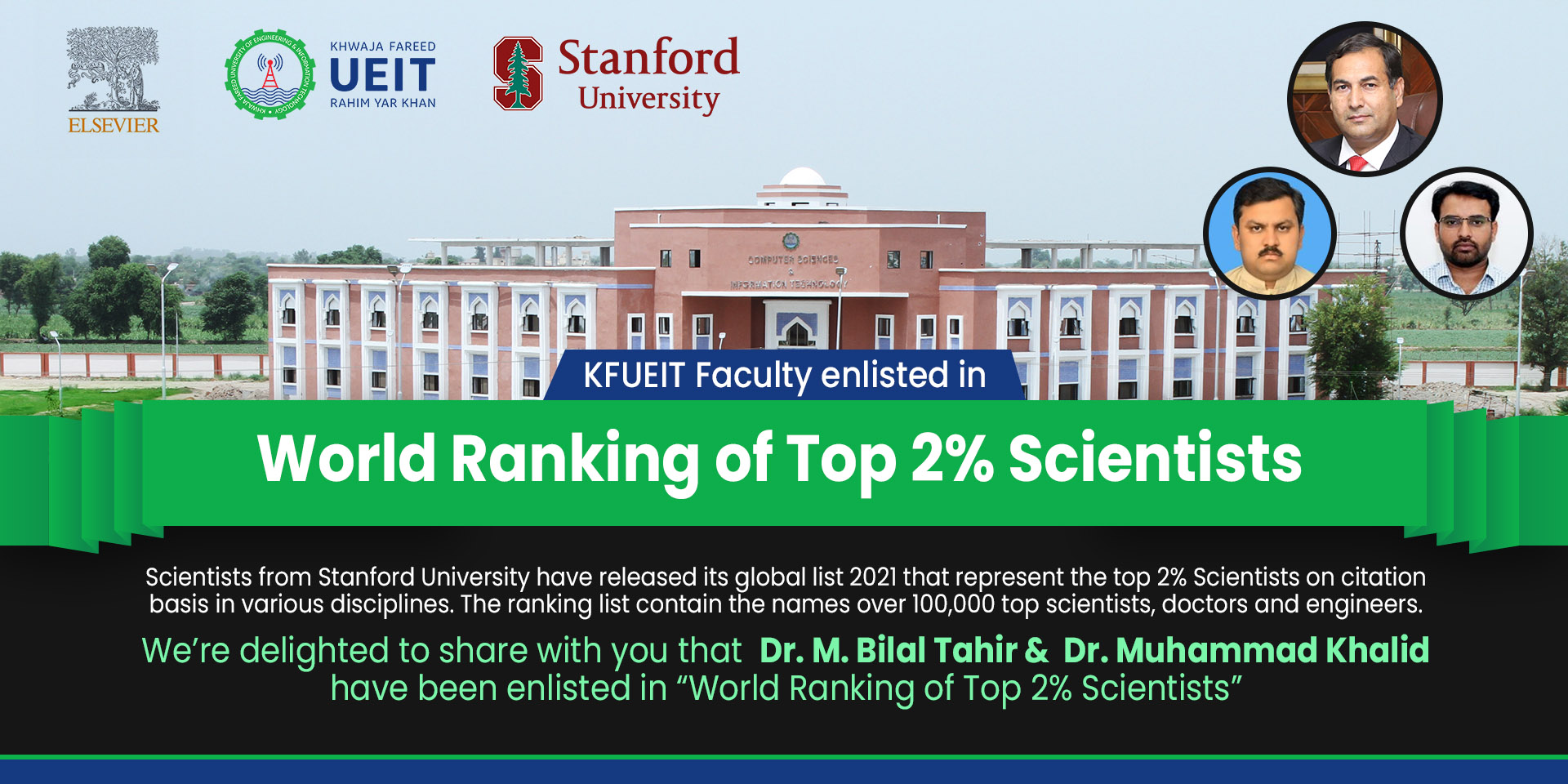