KFUEIT is fully aligned with the vision of Finance Minister Punjab Makhdoom Hashim Jawan Bakht and Governor Punjab Ch. Muhammad Sarwar. One year before, in November 2019, Prof. Dr. Suleman Tahir took charge as vice-chancellor and he announced an ambitious plan to raise KFUEIT as a world-class University. Now, in just one year, the outcomes are positive and following the vision of the worthy vice-chancellor. KFUEIT ranked as 328th worldwide, 9th in Pakistan, and 5th in Punjab by ‘UI GreenMetrics World University Ranking’. Again congratulations to the worthy vice-chancellor and his team for such marvelous success. 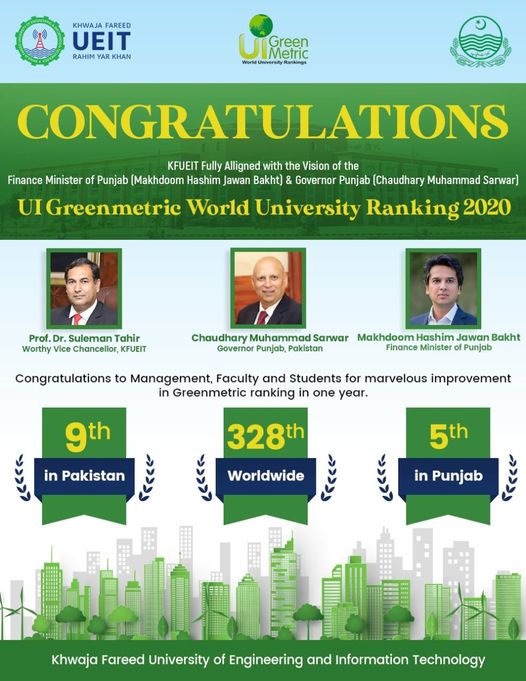